CJ Arms is a Melbourne-based urban design firm working in the development and construction industry. In recent years, and inspired by a close relationship that has developed with Odonata, CJ Arms’ business has transformed. Its purpose now exists far beyond the original business model and focuses more on integrating nature into the built form and working to achieve its vision of ‘creating a better future for people, communities, and the environment’. This vision sits at the heart of the entire business – if a project doesn’t comply, they won’t do it.

Nigel Sharp (Chair and Founder of Odonata Foundation) met Chris Arms (Founder and CEO of CJ Arms) in 2016 when they worked together on a land development project in Tasmania. A year later they were on another large development site in outer west Melbourne and Nigel told Chris about what he was trying to achieve with Odonata. On the spot, Chris agreed to sponsor the not-for-profit and the two of them shook hands.

As their relationship developed, Chris was beginning to realise that his business could not have the impact that he wanted it to while working within the narrow confines of engineering consultancy. So, he chose to transform CJ Arms on three key areas – biodiversity, conservation and sustainability – using them as a means for CJ Arms to make a tangible difference not only to peoples’ lives but also to the environment.

CJ Arms worked closely with Odonata to intricately align the business with these values. By making the choice to drop the background conversation that had once informed who they were and everything they did as engineering consultants, Chris has successfully redirected the conversation to where he dreamed that CJ Arms could and would be in five years’ time. This reinvigorated business model has impacted a wealth of their commercial projects and has meant that CJ Arms now sets a standard for looking to nature to create leading designs that support a sustainable future.

Partnering with Odonata has been one of the keys in assisting CJ Arms' new purpose. Odonata’s 7C’s have become deeply rooted within the work and processes at CJ Arms. By repositioning the business, CJ Arms remains a respected thought leader in its sector, but it is now trailblazing well-considered, nature focused design at a commercial scale.

In turn, CJ Arms’ sponsorship of Odonata is helping the not-for-profit to take on more paid staff so they can focus on the work they do best. The certainty of the annual donation made by CJ Arms is taking some of the financial pressure off Odonata, as they move from a grant-based business model to becoming self-funding.

In addition to direct financial support, CJ Arms honours the partnership through an array of really special projects: Chris is an advisor for the Wild Idea Incubator, providing specialist knowledge and guidance to Wild Idea participants and their up and coming business ideas; CJ Arms is designing and building a ranger's hut for Tiverton; and recently played an instrumental  role in the release of Eastern Quolls at Tiverton.

The relationship between these two businesses continues to grow as knowledge and expertise are shared and mutual passions are inspired. Odonata has acted as a catalyst for CJ Arms, adopting new values and ideologies within their business and allowing Chris and all his staff to change the way they think about nature, operate, and consider the world around them. Likewise, this partnership fuels Odonata’s mission to inspire others and instil the value of biodiversity in businesses. The relationship is a great example of how commercial and not-for-profit organisations can work together to generate far reaching social and environmental transformations.

Choosing to build on the knowledge, experience, and capabilities that had shaped their original business model, CJ Arms has shifted its focus from being an engineering company to an all-encompassing creative design organisation.

Chris has always believed projects need to be backed by science. His company now fully embraces urban and landscape design, as well as engineering and science to support this new purpose from the inside out. The results of this changed direction are not only on an ethical level, but within every facet of the CJ Arms operation. Beyond the two founding partners, they now have six leaders who all share the same dreams and goals for the company and their team of 10 expanded to 32 in just two years. The whole process has resulted in instant gratification; CJ Arms works on projects on a global scale, and their work has so far taken them to Saudi Arabia, Oman, and China.

CJ Arms’ focus on biodiversity isn’t merely a box-ticking process, everything they do is linked to the goal of humans and nature living in harmony. This is their prime focus and allows their work to have meaning and purpose every step of the way. For CJ Arms, entering into the business of biodiversity has offered them ethically rich work as well as the opportunity to work on meaningful and profitable developments. Clients, councils, people, and the environment benefit from these projects, as CJ Arms looks to create destinations for ecology and people that offer their clients real value return on investments. 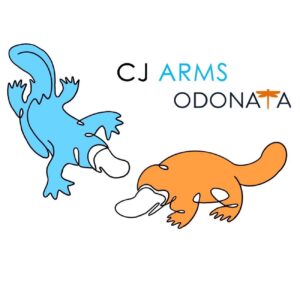 Sadly, Chris Arms lost his battle with cancer on the morning of Saturday 29 October 2022. Chris was one of Odonata's very first and most enduring supporters. He cared so deeply for the natural world and the huge amount of joy that he brought to every collaboration and project will always be remembered. Our thoughts are with everyone at CJ Arms and Chris' family at this time.

The Adventures of Calli the Quoll 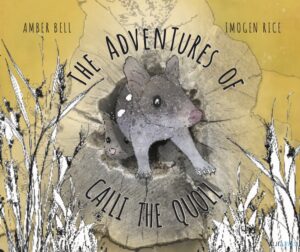 “The Adventures of Calli the Quoll” tells the story of the sanctuary operations being pioneered by Odonata. The CJ Arms team have written it from the perspective of the quolls as a fun way of documenting the real-life operations and critical work that Odonata are doing to de-list some of Australia’s most endangered native animals and to spread the word on the importance of biodiversity and conservation.

“The Adventures of Calli the Quoll” is aimed at the 6-9 age group and the adults in their lives.

The proceeds from your purchase of this book go to Odonata to support our work they are bringing endangered animals back from the brink of extinction.